A legendary figure in the Coachella Valley, Fig Tree John, a Cahuilla, was often photographed wearing a top hat. In July 1901, Frances Anthony in “Below Sea-Level,” The Land of Sunshine, described him as “the distinguished owner of an orchard of fig trees.” In “On the Desert,” The Youth’s Instructor, October 1905, Jocie Wallace, described a visit to his fig plantation, thirty of his trees being at least thirty years old and “quite an orchard” of younger trees.  It is generally believed these were Mission fig trees, the first figs planted in the Coachella Valley.

Life was not to remain idyllic for his family, as the 1905-1907 flooding by the Colorado River that created the Salton Sea inundated his home at Fig Tree John Springs, on the west side of the Salton Sea, near the Riverside/Imperial County line. At the height of the flooding his land was under 5 feet of water, forcing him to move a few miles to Agua Dulce (near Oasis). After the water settled in the Sea, it is said he returned to visit his old home almost every day, but never moved back. 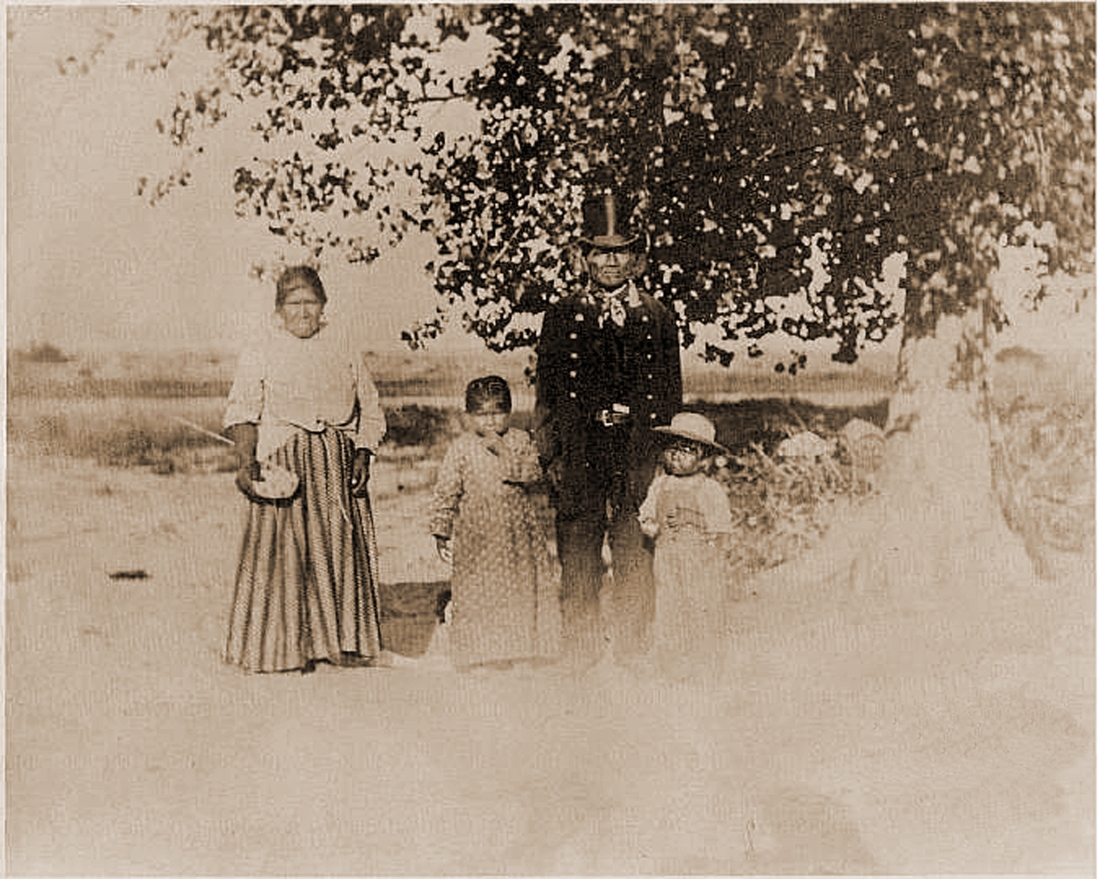 This photo of his family is floating around the internet and pinned on Pinterest. with the label, “1934” and a Salton Sea Database Project logo in the lower right corner. In fact, Fig Tree John passed away in 1927. I found it printed in Wallace’s article, published October 17, 1905!