As I write this, it is summer in the Coachella Valley, and last night the wind blew from the south, bringing humidity from the Gulf of California and l’eau de Salton Sea.

This is a dramatic change from early articles about Mecca, California. A stop on the Southern Pacific Railroad, the town was originally called Walters and was primarily a shipping point for ore from the mines to the north (there will be more on Walters in a later blog post).

With the drilling of artesian wells in the lower Coachella Valley and the introduction of date palms, Arabian names came into vogue; in the early 1900s, developers bought the town site, changing the name to Mecca. In 1904, the Mecca Promotion Committee issued a pamphlet predicting “Mecca is destined to become a famous winter resort as it lies just on the edge of the Colorado Desert, and the dry climate affords great relief to person suffering from all pulmonary and asthmatic diseases.” The south wing of the Caravansary Hotel had been built.

In the January 1922 Good Health article , “The Colorado Desert,” Dr. John Harvey Kellogg praised Mecca, California, as a place to enjoy the benefits of “pure, dry air.” He describes Mecca as a small town with two to three hundred people and a hotel on the cottage plan, comprised of an adobe central building and 15/20 bungalows. “The climate of Mecca is ideal. The air is always dry and bracing. The sun shines everyday, good food can be obtained, and as a place for out-of-door living, it is unexcelled.” 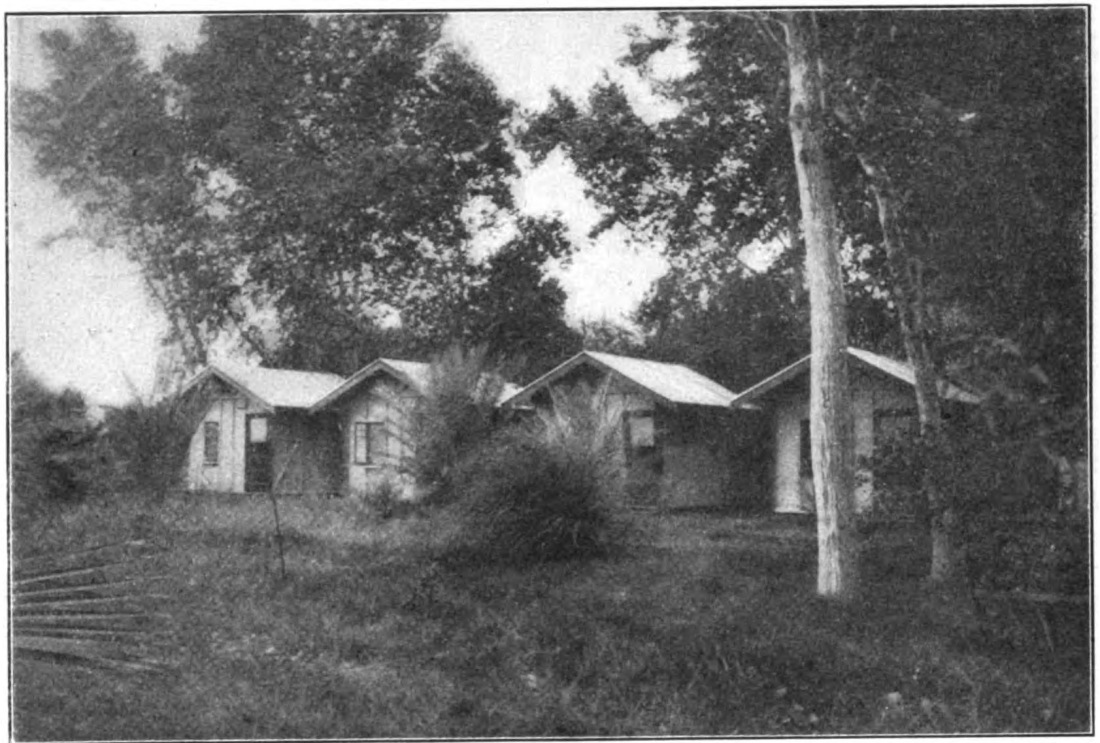 The two photos above are from the Good Health article.

This undated postcard has no copyright notice.  Judging by the growth of the palm trees near the main building, it was probably published around 1930.

Today, like many small towns in the US, Mecca has been bypassed by the highways.  It is a small agricultural community that mainly makes news when the migrant workers come to town, or stories are written about the problems of the shrinking Salton Sea.  There are no hotels in town, but it is still a beautiful part of the world.

While it is true Dr. Kellogg promoted healthy living and improved diet, his abhorrent belief in eugenics has (thankfully) been discredited; Good Health served as a both a health magazine and promotion for “race betterment.”  Eugenics was not mentioned in his article on the Colorado Desert, and I refer only to its value on the history of the Caravansary Hotel.  Mecca today has a diverse racial makeup, which is largely Hispanic.