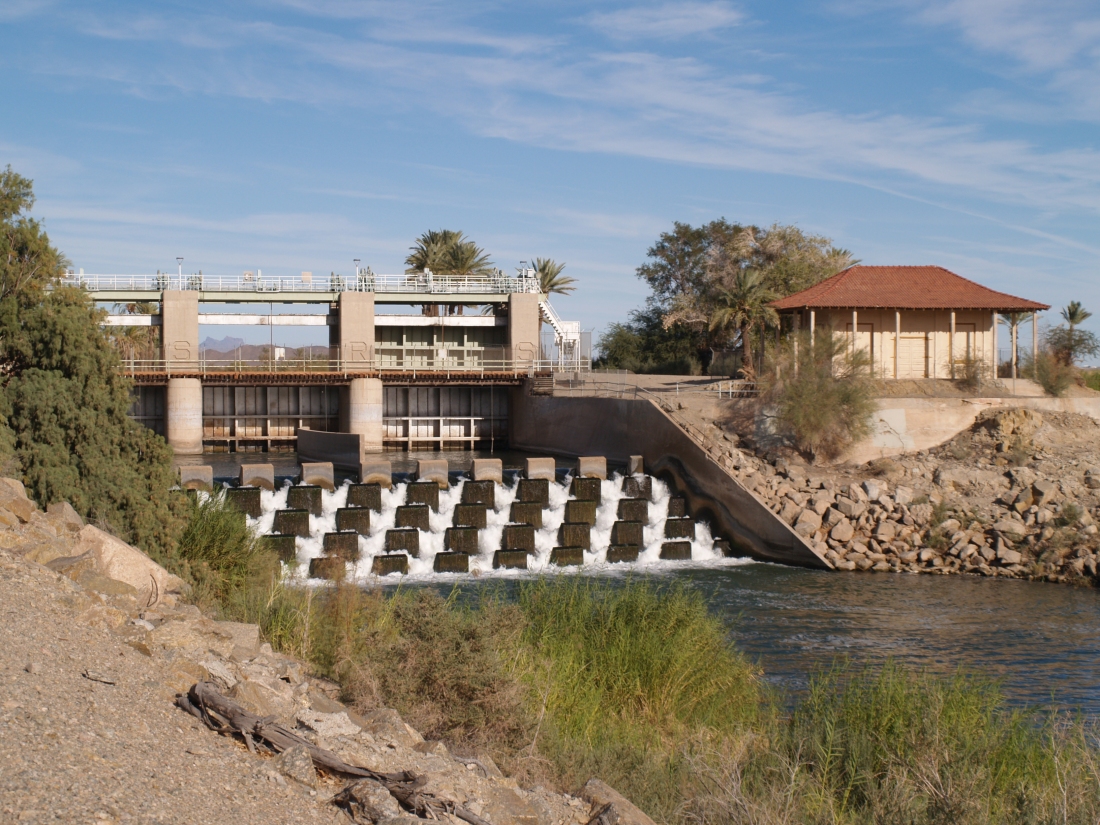 Construction of Laguna Dam, the first dam across the Colorado River, began in July 1905; plagued by contractor and supply problems, plus flooding, it was completed in March 1909. During its planning, core samples had shown the dam site was layer upon layer of silt carried down by the river over the ages, so a conventional dam design could not be used. US Reclamation Service engineers ultimately based the design on a weir dam on the Jumna (Yuamna) River in northern India that was successfully built on silt (USBR, 1902-1923, was the predecessor to the US Bureau of Reclamation). 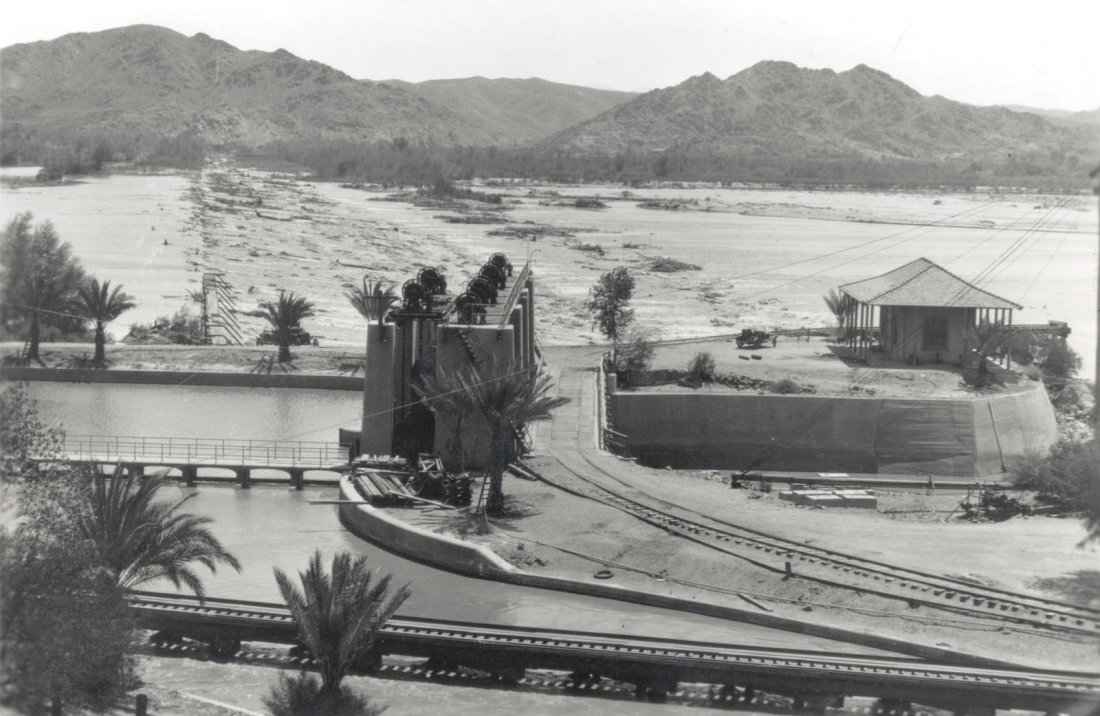 Located north of Yuma, its principal gate (bottom width 116′) was built on the western (California) side of the river to divert water into a canal that carried water down the western side of the River until it was opposite the town of Yuma, where it was directed into a twelve foot siphon that went under the River to carry irrigation to the Yuma Valley in Arizona. Water was also diverted to Fort Yuma Resesrvation and the Bard Valley in California. 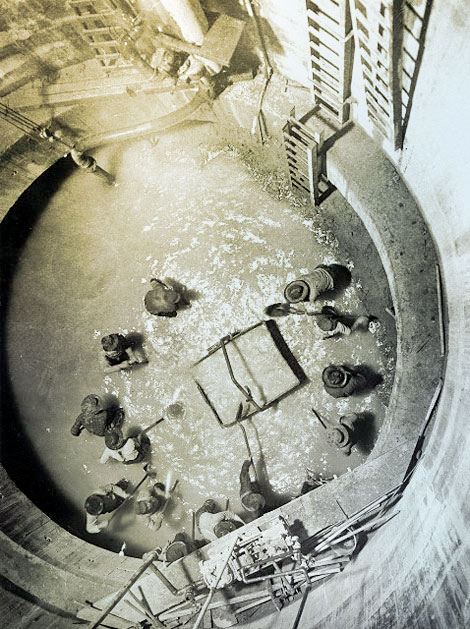 Connected by a weir dam across the river bed that raised the water level 10–13 feet, on the eastern side was a smaller gate (bottom width 42′) and canal to carry water to agriculture in Arizona along the Gila River. Both sluicegates were based on bedrock & paved with concrete. 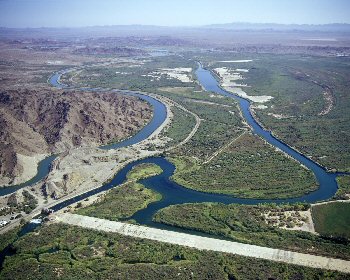 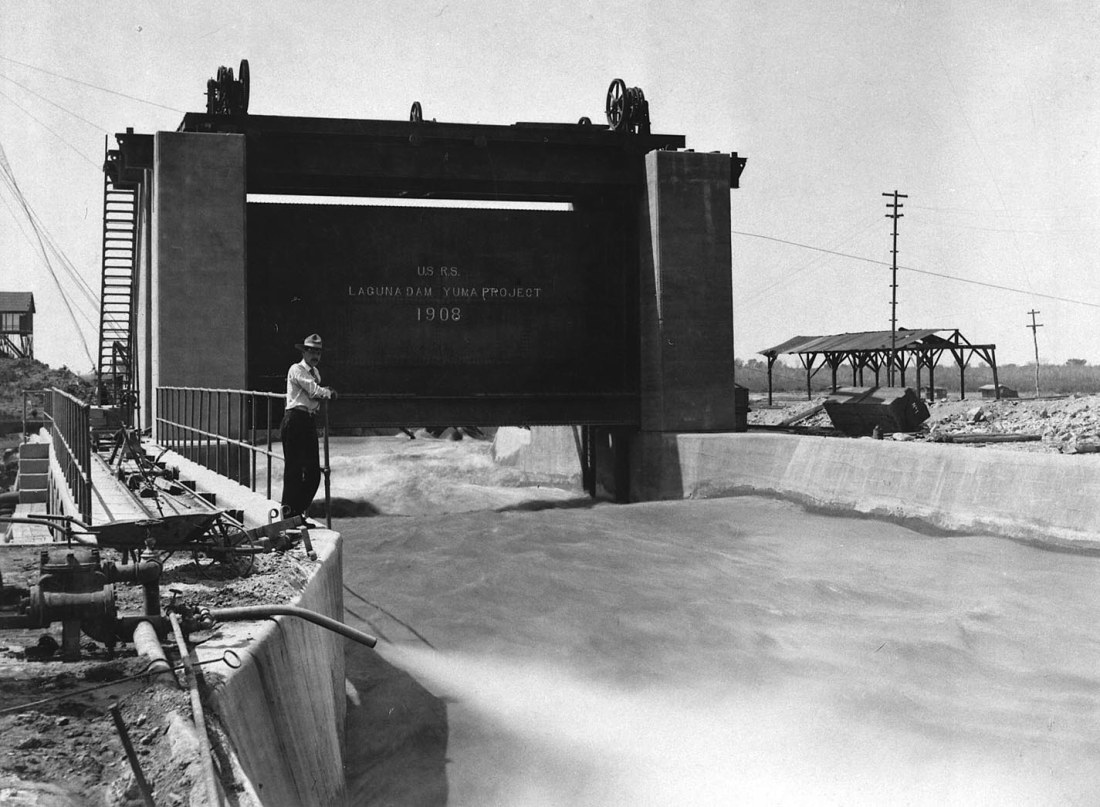 According to the Arizona Sun (2/2/2013), while studying Indian dam construction, the US Reclamation Service also learned about an ancient Hindu Goddess, who had the power to control water and was sometimes represented by a four armed swastika, a symbol that had a history of peace in many cultures going back 9,500-10,000 years; it was not until the 1930s when the Nazis adopted the symbol that it came to stand for evil. Near the eastern gate they built a concrete bridge adorned with swastikas (whirling counter-clockwise) and also some were incised on the sluiceway. 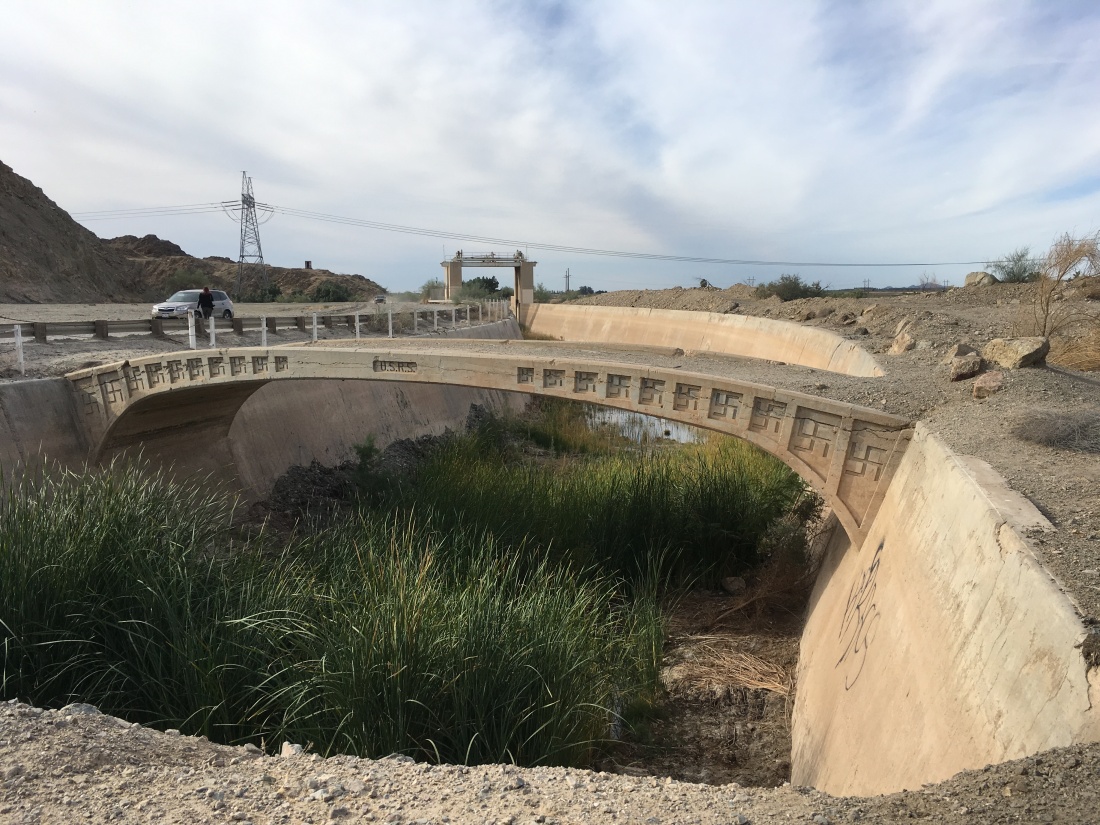 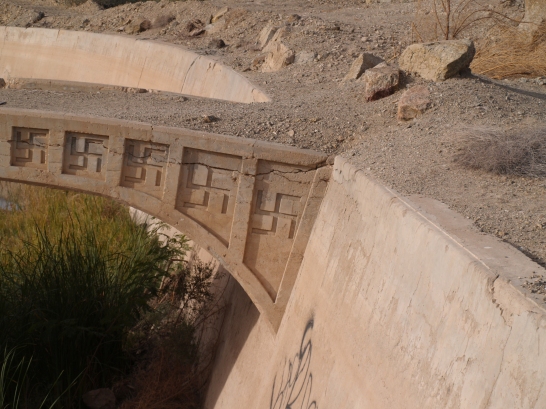 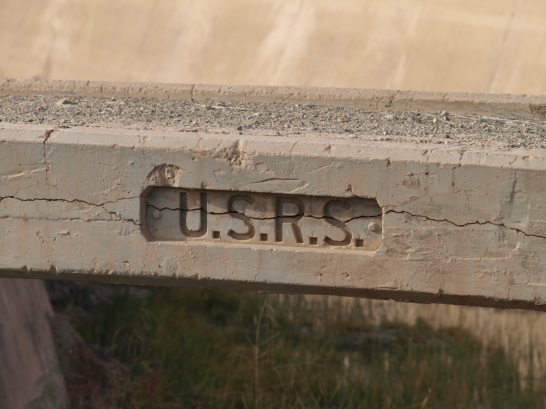 In 1948, Imperial Dam replaced Laguna as the means to divert water to the Yuma Valley (as well as to the new All American Canal). Since then Laguna has served as a sluice gate and regulator for Imperial Dam releases through the main river channel to Mexico.

Much of the infomration in this segment is based on US Bureau of Reclamation and National Park Service sites, and articles in Engineering News, (February 27, 1908 & June 10, 1909) by Edwind D. Vincent, USBR Resident Engineer, Yuma Project.

I grew up in the Coachella Valley; my parents were "heavy earthwork" contractors, mostly building government projects, so I spent a lot of time on the back roads of the West. I'm a graduate of Vassar College (history major) and the Marshall-Wythe School of Law at the College of William & Mary. Retired from the Law, I now grow dates, sweet limes & figs on the family ranch, and am the State Senate appointee to the Coachella Valley Mountains Conservancy. View all posts by History Trover